In addition to hosting a booth, which attracted much attention with the Panavision Panaflex, and distributing the Camera Operator magazine, the SOC presented an engaging panel discussion to a full theater entitled, “The Making of The Last Ship.”

The mix of panelists created a fresh review of onset collaboration and the trust and partnership that is shared on The Last Ship set. This production presents unique challenges due to shooting on the sea in RIBS boats, not to mention the aggressive schedule and exposure to the harsh elements.

Steve Kane, Creator and Executive Producer, stressed the importance of onset problem solving and teamwork.  Eric Dane, Lead Actor, spoke about the dance between the actor and operator and the trust that is built.  Eric also spoke of the collaboration that is felt on set, explaining, “A great idea is a great idea, no matter where it comes from.”

The panel was a tribute to the creative collaboration and fun that The Last Ship production team shares.  The audience was privy to valuable information and humorous stories of how the panelists worked together to insure the best performance and show possible. 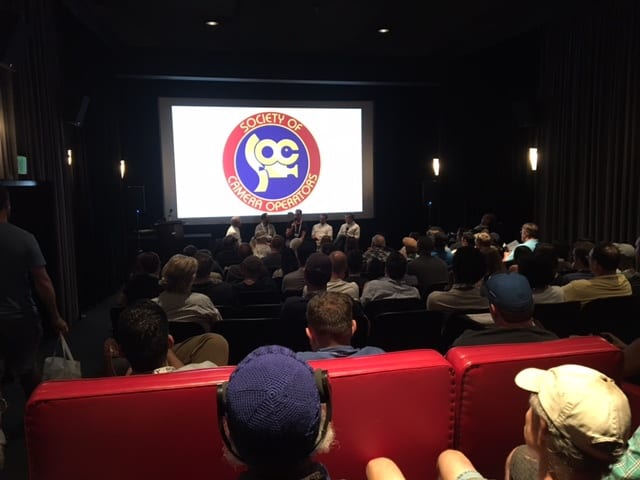 A packed house for the “Making of The Last Ship” panel 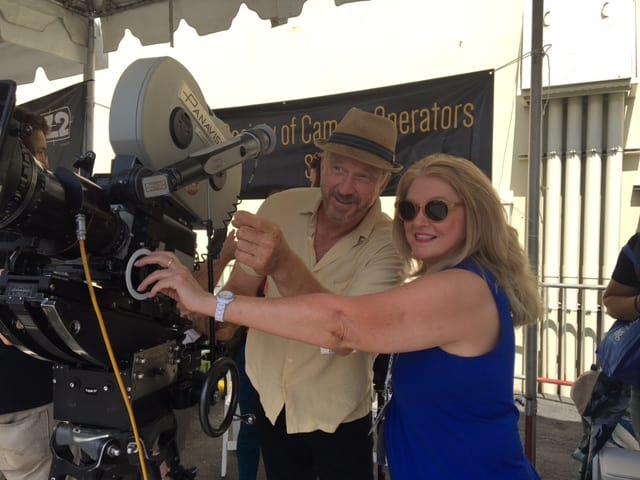 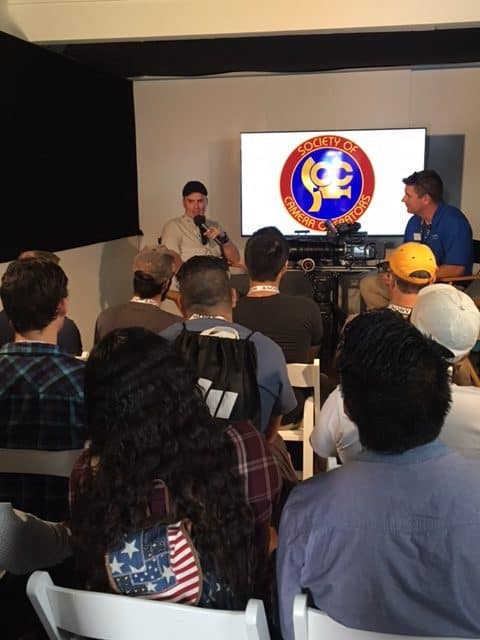 Chris Taylor, SOC discusses his work on TNT’s “Murder in the First” in the Fujinon theater 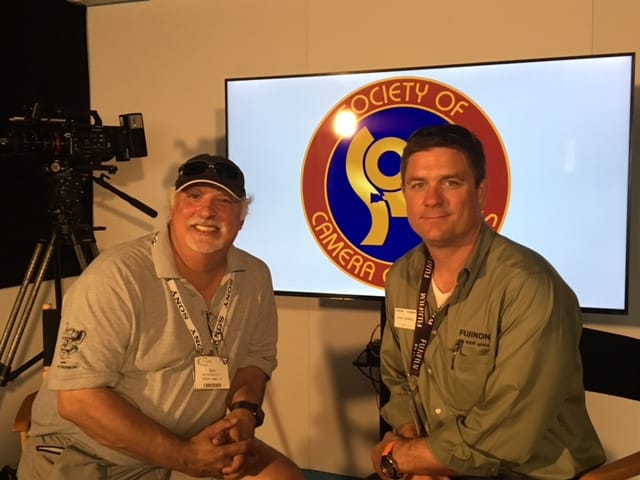 Member Eric Fletcher, SOC and Stosh Durbacz of Fujinon before Eric’s presentation in the Fujinon theater 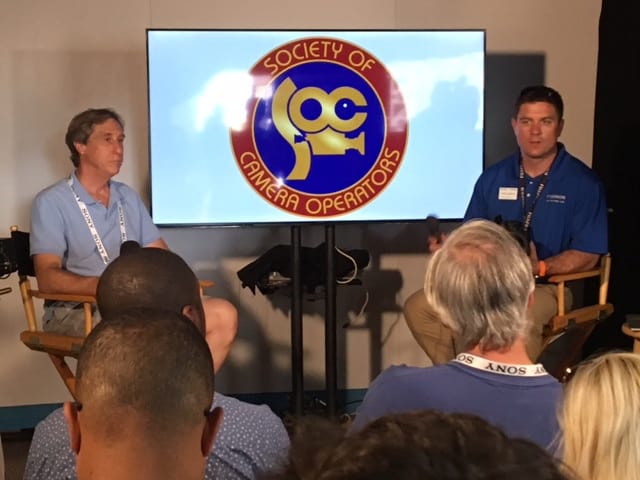 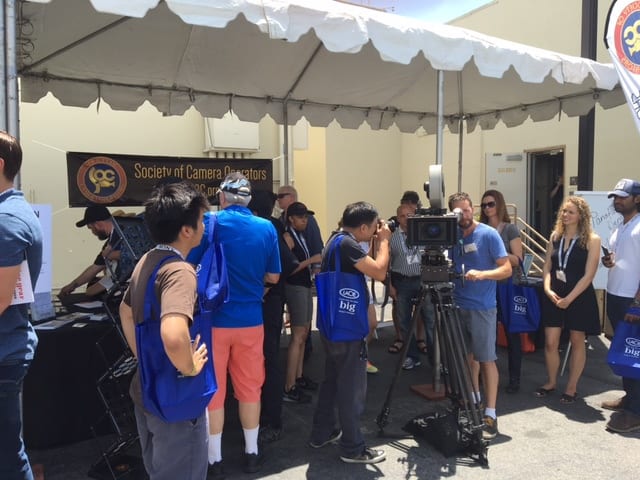 An active booth over the two days at Cine Gear 2016

The Chapman Leonard family invited the Society of Camera Operators once again to participate in their Annual Chapman Product Showcase held on June 5, 2016.

The SOC hosted a booth with Camera Operator magazine being offered to attendees and many interested potential members stopped by the booth.

Dave Frederick, SOC produced and moderated the panel discussion about the camera operator and the dolly/crane grip. He spoke of this key relationship and the nuances and importance of trust and collaboration. The panel was well attended with audience engagement and ample questions at the conclusion. 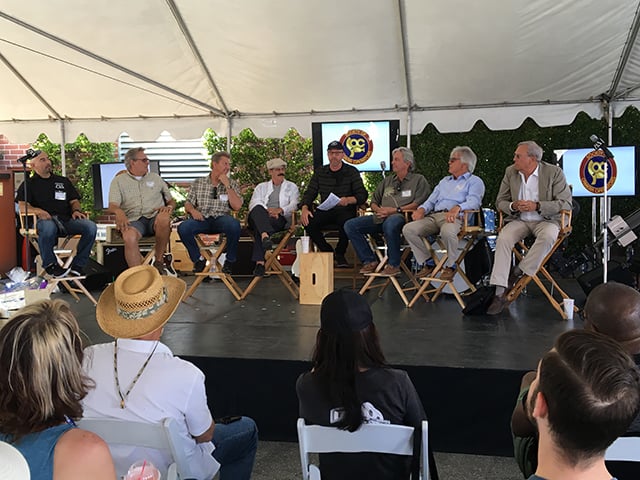 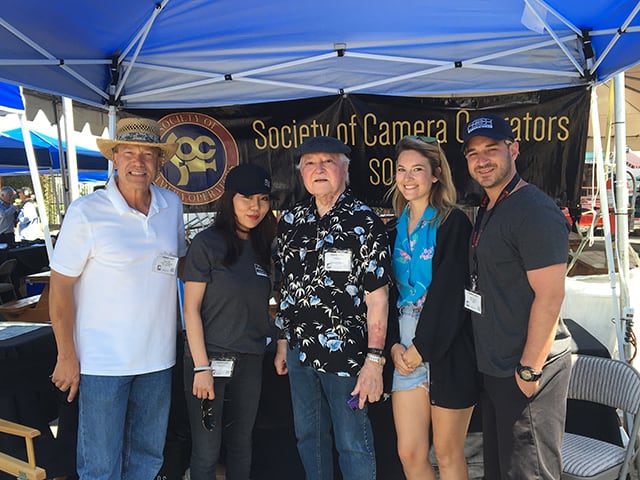 Hugh Lifton, SOC with students and Denny Clairmont and Madison Burgess in the SOC booth. 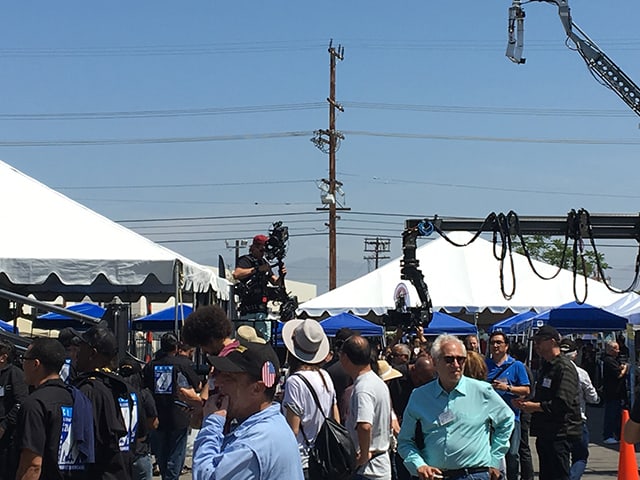 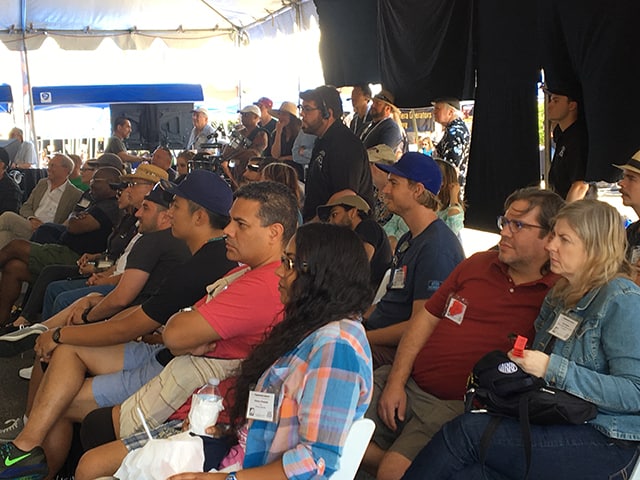 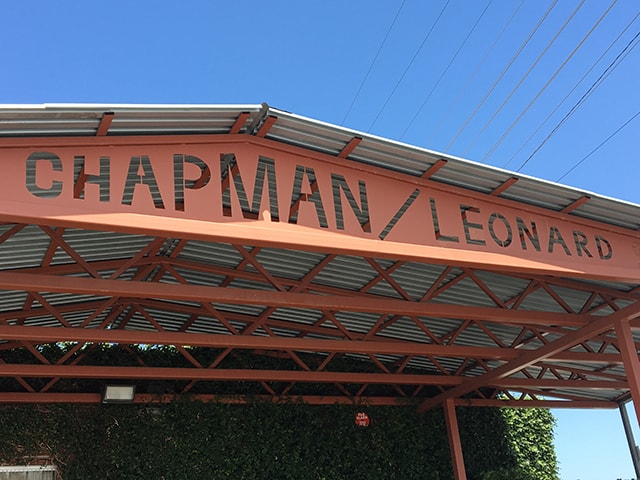