In 1979 a small group of respected camera operators banded together with the goal of advancing the position of the working Camera Operator in the motion picture and television industries. Upon drawing up a constitution and by-laws the Society of Operating Cameramen was born with the motto: “We See It First!”

This was the first step toward bringing a higher understanding and respect for all craftspeople in the industry. Incorporated in 1981 in California as a nonprofit organization, the SOC has since changed its name to The Society of Camera Operators.

The SOC has brought industry leaders and cinematic artists into the closest confederation. Society members are kept at the forefront of the industry’s ever-advancing technology through our continuing workshops and corporate sponsored equipment showcases.

To further honor the talented men and women behind the camera, the first SOC Lifetime Achievement Awards show took place in 1981. Since its start, over 100 golden Cammy statuettes have been awarded along with over 30 Technical Achievement Awards.

With the addition of the first annual Camera Operator of the Year Award, the SOC continues its celebration of the unsung heroes of production. In addition to celebrating the work of industry craftspeople, the SOC has awarded such luminaries as Sydney Poitier, Steven Spielberg, Jacques-Yves Cousteau, Robert Wise, Kathleen Kennedy, Ron Howard, John Huston and Alfre Woodard.

Feel free to leave a comment to caption a photo, or read the captions left by others.
Select the photo you wish to comment on/read about by clicking on the speech bubble icon below the image. 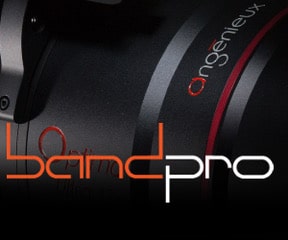